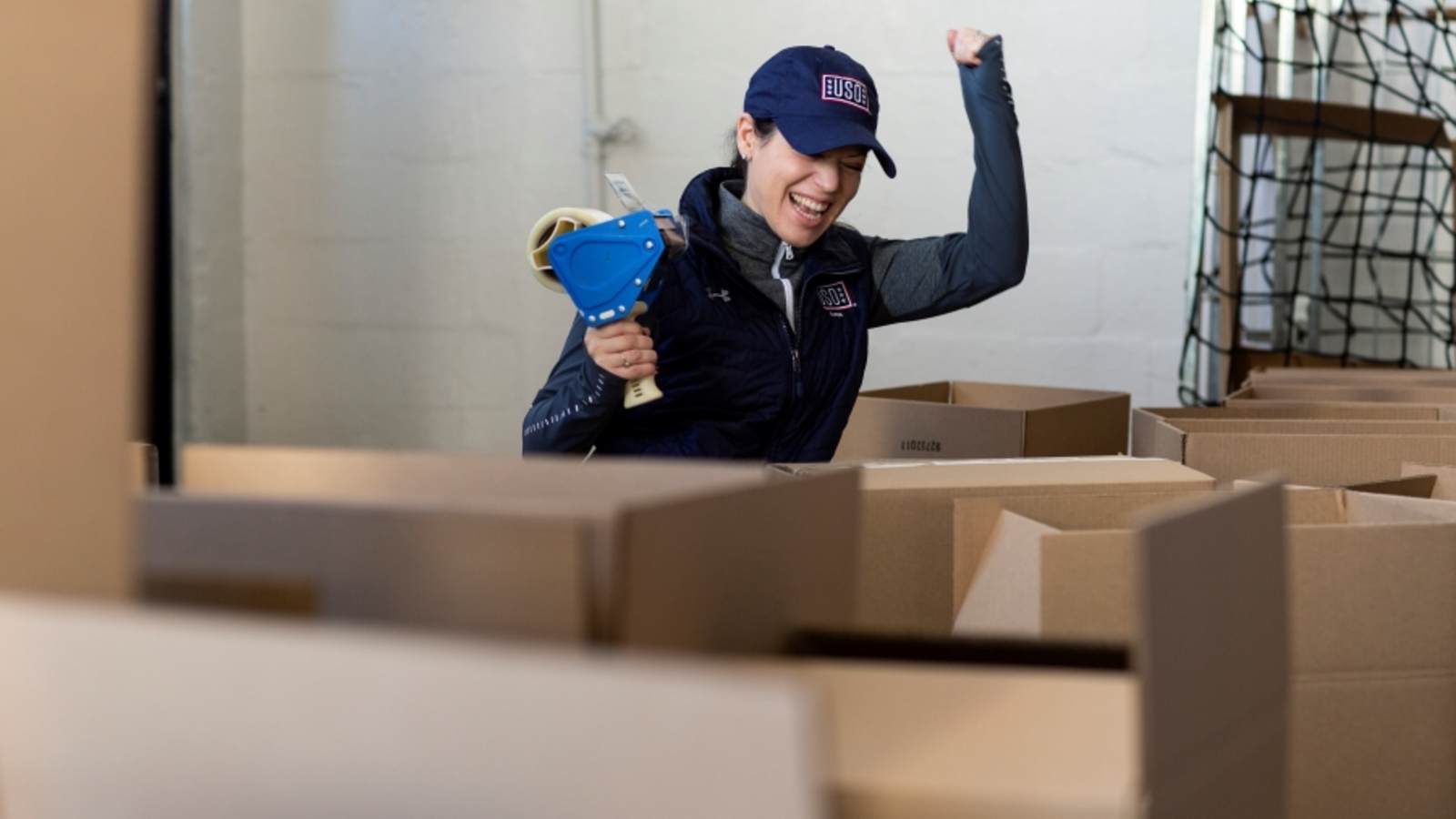 HOWLAND — The United Service Organizations of Northern Ohio and Warren Harley Owners Group (HOG) joined forces this weekend to gather non-perishable and hygiene items to be sent to active servicemen and women deployed around the world. Bruce Bille with the board of directors of USO Northern Ohio said it is important for service people to get messages and items from their families and others at home showing they support them. He said this helps with their morale. ”This lets them know people care about them and are thinking about them and willing to send them stuff that they can use on a daily basis,” he said. Items were placed in a room at the new USO Care Package Distribution Facility in Howland. Matt Patrick, assistant director / treasurer of HOG, said the group has been collecting items since January at its monthly meetings. ”We wanted to help the USO with their supply drive so we rode out here with items,” he said. Bille said the collected personal care items will be made into care packages, which include such items as shampoo, sunscreen, crackers and cookies, and sent overseas twice a month from the Howland site and another location in Geauga County. There is also a collection site at the McDonald community center off Ohio Avenue. “We appreciate whatever we can get. Our supplies are dwindling and the number of people deployed has increased. We want to continue supporting the active military,” Bille said. He said the event brings awareness to area to help promote the new facility. Bille said this is the first collection held at the Howland site. He said items are sent to those serving on land and at seas. Joe Marand, director of HOG, said, “Most of our members are either military, retired military or have family members who are or children who are, and we just can’t do enough for these men and women, for everything they do for us.” Patrick said HOG brought a truck filled with items as well as items brought on motorcycle. He said at the meetings 10 to 15 boxes of items were collected since January. More than 60 bikers helped at the event and then went on a guided tour of Camp Ravenna as a thank-you for their help, Patrick said. Bille said Cub Scout Pack 122 in Howland and officers from the Ohio State Penitentiary volunteered as well. “It’s a new facility here, and we just want to raise awareness for the facility so the community knows it’s here and how they can donate,” Patrick said. The USO facility accepts donations of personal care items and snacks to send to troops deployed overseas. The facility is accepting toiletries such as toothpaste, deodorant, sunscreen, lip balm, baby wipes, socks and other personal care items. Snacks that don’t melt, such as peanut butter crackers, beef jerky and powdered drinks, are needed. People can drop off donations between 11 a.m. and 1:30 p.m. on the second and fourth Wednesdays of each month.