Wife of ONG member among AFI's Military Spouses of Year 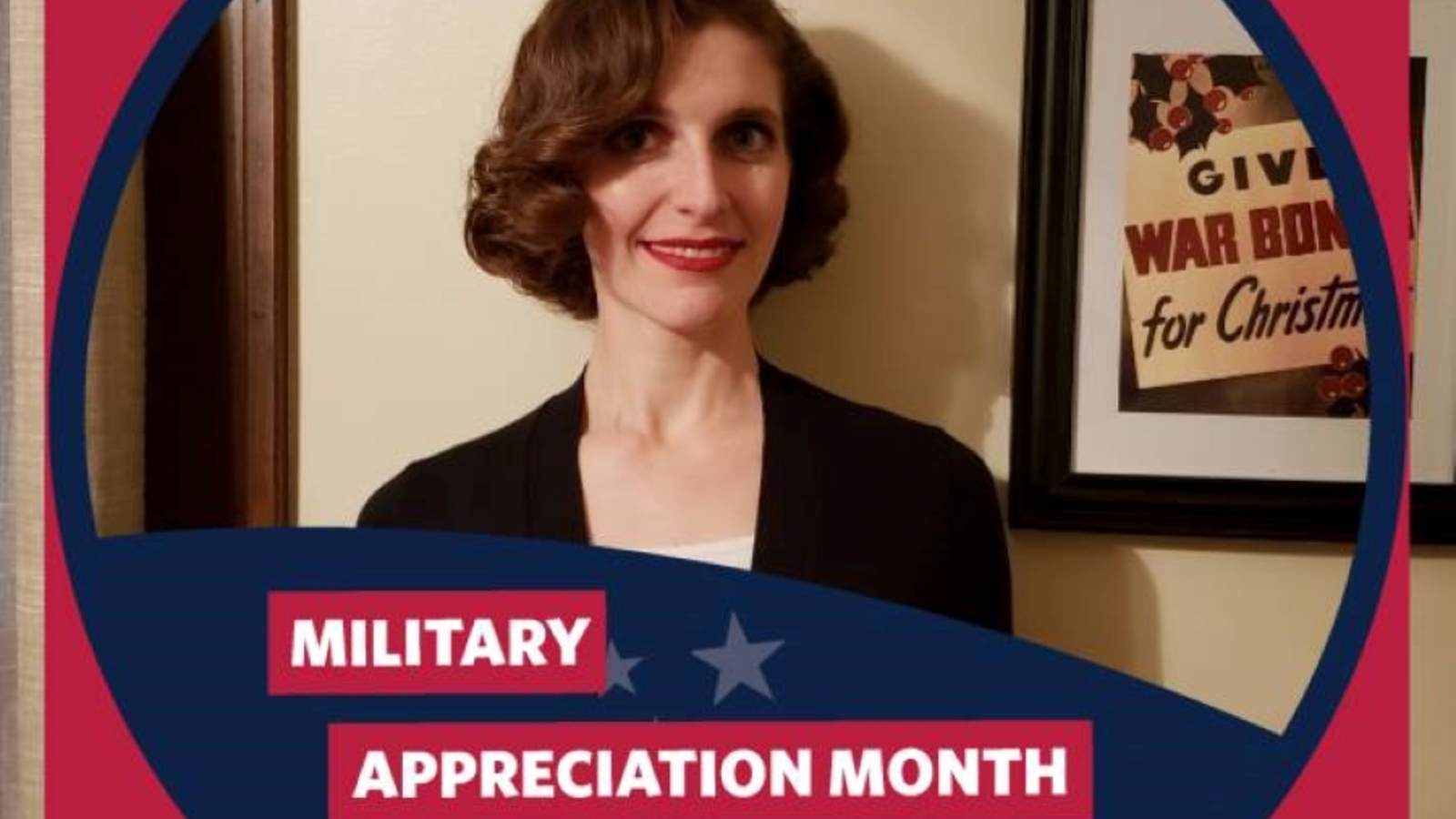 COLUMBUS, Ohio (04-03-18) —Elizabeth Fought, of Amherst, Ohio, has been selected as one of the 2018 Armed Forces Insurance Military Spouses of the Year.

Fought was nominated because of the immense support she gives to Ohio National Guard Military Families through her volunteer work as secretary of the Family Readiness Group (FRG) for Company A, 1st Battalion, 145th Armored Regiment, based in Newton Falls, Ohio. Since she began as a FRG volunteer in November 2006, Fought has contributed countless hours and helped coordinate several key events that helped strengthen Company A’s FRG.

“It’s an honor to be voted for this title,” Fought said. “Our unit has a great FRG. Families will drive for four hours one way to contribute and participate in unit events.”

Although Fought has been married to Staff Sgt. Joseph Fought, a platoon sergeant with Company A, for 12 years, her desire to serve Military Families goes back even further. Her grandfather served in the U.S. Navy during WWII, and his service inspired her to volunteer through the USO beginning in 2002, where she met her future husband.

“After Sept. 11th, my grandpa had tears in his eyes, and said he wished the Navy would let him serve again,” Fought said. “That stayed with me, and after he passed away in the spring of 2002, I started volunteering with the USO in honor of him.”

Throughout her marriage, Fought has faced many challenges that showed her not only the trials and tribulations that all Military Families face, but the importance of having deep bonds of friendship and trust to help get through them.

“We’ve had two deployments that Joe volunteered for. By far, my most trying time was during Joe’s first deployment to Kuwait and Iraq in 2008,” Fought said. “My husband, both of my brothers, brother-in-law and cousin were all deployed at the time. Joe had back-to-back surgeries overseas, one of which was an emergency surgery. The fact that I couldn’t be with him, and had limited communications, during his recovery was very hard. I was struggling as a brand new mom, and I had to move back in with my parents for a few months.”

She credits the support she received from family, friends and the unit FRG for helping her get through the deployment. The experience taught her it’s OK to ask for help, which is wisdom she now passes on to other Military Families.

The Foughts are the proud parents of four children, three of whom have special needs. The entire family is proud to be a Military Family and they are grateful for the bonds forged through the FRG.

“Last year’s unit family day was such a great event. Over 280 family members and Soldiers came together. For a unit of about 70 Soldiers, it was a remarkable accomplishment for the unit,” Fought said. “The Soldiers, the Families, the resources and the Nerf gun fight made for an incredible day!”

Fought credits the company’s commander, Capt. Kevin Dorgan, for having a true vision for what he wants his FRG to be, and being a driving force behind its success.

“Elizabeth is an absolutely exceptional FRG volunteer who is a direct force multiplier to our company. Her skills and time greatly enhance our ability to accomplish our mission, retain our Soldiers, and involve the Families in our unit,” Dorgan said. “It is no exaggeration to say that without her ability to implement and execute large-scale planning and events for the Soldiers in our company, we would not have met the readiness and retention metrics we did during the year.”

Dorgan also credited Fought with having an impact on the 1st Battalion, 145th Armored Regiment’s FRG program. She and her team began setting up a tent during the unit’s individual weapons qualification events at Camp Perry Joint Military Training Center and sold hot dogs, T-shirts, snacks and others items to raise funds for the FRG program. The event was so well received that the battalion sergeant major adopted it as the standard at the battalion level.

Though humble in her achievement, Fought hopes to use her recognition as a vehicle to talk about the programs available to assist Military Families, and strengthen the military community, including the Ohio National Guard Family Readiness & Warrior Support Program, the USO of Northern Ohio, the USO of Central and Southern Ohio and Ohio Military Kids, as well as local veterans service organizations.

The Armed Forces Insurance (AFI) Military Spouse of the Year program was established in 2008 by Military Spouse magazine to recognize and honor military spouses of all branches of service who make significant contributions to their communities and the United States. Candidates are nominated by their military communities and the American public, and three rounds of votes are then cast to determine winners at the base level or state level for National Guard and Reserve units, the “Top 18,” and culminating in the selection of the AFI Military Spouse of the Year.

Fought will be recognized, along with all base winners from every branch, May 10 at the USO-Metro Gala in Washington D.C. At that time, the 2018 AFI Military Spouse of the Year will also be announced.

“The best piece of advice I can give other spouses is to take all the information that is available, and utilize the resources available to you; don’t just go local, utilize regional and state programs,” Fought said. “Military connections are crucial. It’s the relationships that you make with Soldiers and Families that build a strong military community.”